Abstract Battle Board Revisited: My Version

Giving the abstract battle board idea some more thought, I've adapted the one I showed last time from Ancient Odysseys: Treasure Awaits! as an example. Largely, it's the same, except that I've added two boxes: one for "Exits" to remind the PCs where the room's exits are relative to them, and a box for "Features" showing elements of the room that the PCs could interact with/use to advantage while fighting. I thought both of these were important to show for player reference, since the abstract battle board is not a precise geographic representation of the battlefield. We play on Roll20, so it is very easy to write these items in using the text box tool during the game. 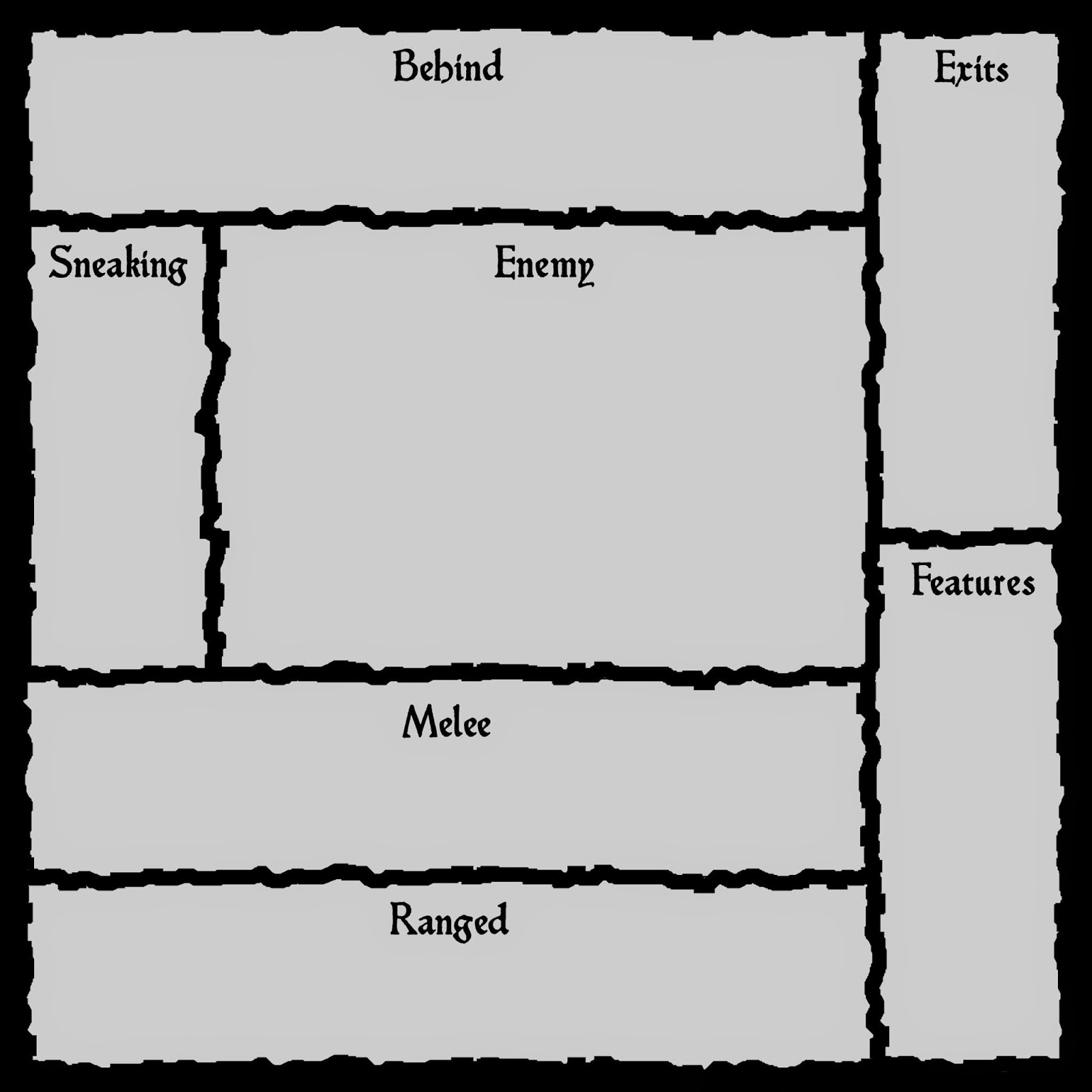 This allows a free-and-loose approach to player actions. If a PC says "I want to push the stack of crates over on top of the goblins," he can – he'll move his token to the "Features" box to indicate that so everyone remembers what the character is doing. Anyone wanting to engage in melee goes in the "Melee" box; anyone wanting to engage is missilery or spell-casting goes in the "Ranged" box. A thief who wants to use stealth to flank the enemy goes in the "Sneaking" box and the next round is shifted to the "Behind" box (unless he gets spotted, and dumped back into the "Melee" box). All the opponents go in the "Enemies" box.

Here's an example of what it might look like in action with the group currently playing in Ephemera: 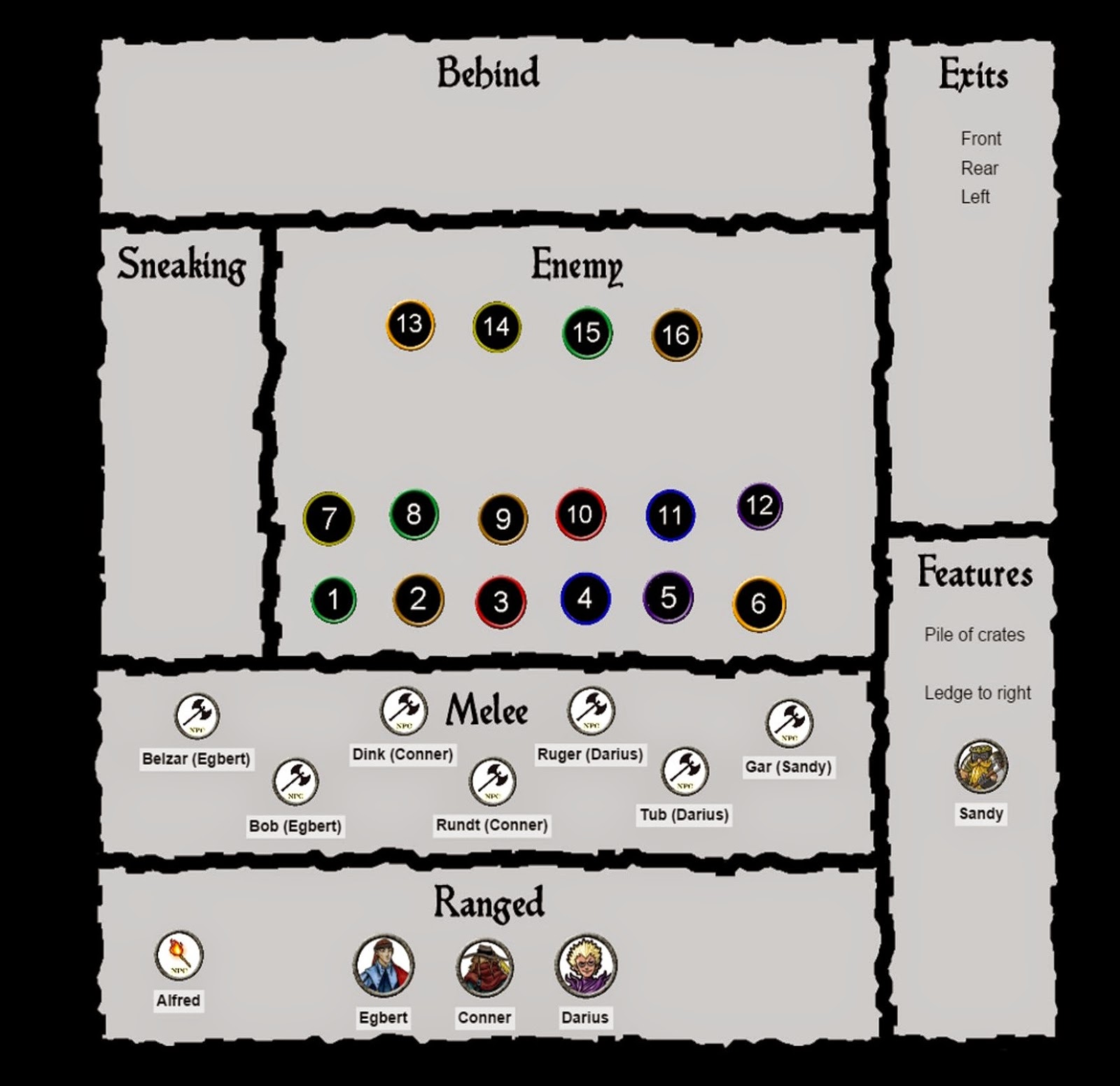 In this case, there are sixteen bad guys. The four that are separated out (#13-16) are using bows, the others have melee weapons. The party's NPC henchmen are all up in the melee box (the parenthetical labels next to each NPC's name indicates which PC is controlling that NPC's actions). Alfred, the NPC torchbearer, hangs back, as do the three PC mages, Egbert, Conner, and Darius. Sandy, the dwarven warrior has, in this imaginary example, decided he wants to push a stack of crates over on the heads of the foes instead of making a normal attack, so he's off in the "Features" box.

One of the things to remember, too, is that enemy movement and actions can force a shift of where PC tokens are located. For example, there are a lot of bad guys facing off against the seven NPC henchmen. It's entirely possible that some of them would push past the NPCs to get at the spellcasters. If that happened, we wouldn't move the enemy tokens – we'd move the PC token being engaged in melee into the Melee box. The boxes do not represent geographical position, but rather the type of action in which the character is currently engaged.

This I see as the trickiest bit in terms of using an abstract battle board. But once everyone gets comfortable with that, I think it will be a very effective tool for remembering who's doing what and what the overall situation looks like at any given moment. Since I kind of like running a fairly loose theater-of-the-mind game as a GM, I'm hoping this will be a helpful instrument to to keep track of things.