B-17 Queen of the Skies: Mission Report 1

Always in the process of rebuilding my collection of games given away/sold when I went through grad school, I picked up a copy of Avalon Hill's solo game B-17 Queen of the Skies in really good condition for a mere $50 on ebay – most copies run about $150 or so. 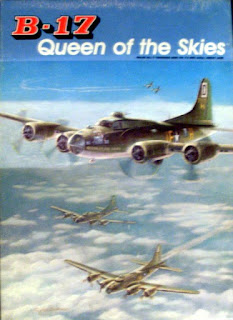 Crews of the B-17 Flying Fortress (and other bombers) had a tough row to hoe. Complete 25 missions and you get to go home. But casualties were unbelievably heavy. According to the WWII Foundation: "In 1942-43 it was statistically impossible for bomber crews to complete a 25-mission tour in Europe."

After watching the movie Fortress over the weekend, and re-familiarizing myself with the rules, I set up a plane and crew and ran them through their first mission.

The Bomber and Crew

It's November 1943, and the crew's mission is to fly over the channel into France to bomb a rail yard near Amiens. It's not a long flight, so in theory it should be a comparatively easy mission. Nellie is slated to fly in the middle of her squadron (comparatively safe), but the squadron is posted to the lower part of the formation (comparatively dangerous). You can't get everything. 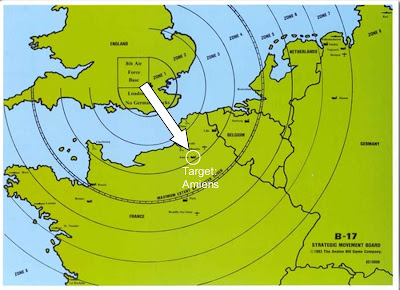 The formation takes off and flies across England toward the channel. Once over the water, friendly escort is less than effective, and Nellie gets hit with a first wave of enemy fighters.

"Where the hell is our fighter cover?" 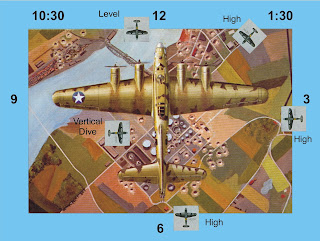 Lt. Warren working the nose MG opens up on the fighter at 12:00 level and destroys it. Lt. Garner damages the enemy at 1:30 high with the starboard cheek MG, and Mst. Sgt. Barber up in the top turret polishes off the one at 6:00 high. The starboard waist MG, tail MG and radio MG all miss.

The three remaining 109's attack. Two of them miss and break off, but the third one coming in at 3:00 hits, putting one shell into the starboard wing and another into the bomb bay. Both hits are superficial.

The third 109 comes in again at 3:00 level, but Sgt. Daniels on the starboard waist MG takes him out.

The crew barely have time to catch their breath before a second wave hits. The fighter escort is still ineffective, and two Me 109's and a Me 110 break through to take on Nellie. 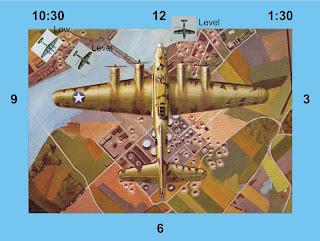 One Hell of a Pilot

Letting the Me 110 come in unhindered has unfortunate consequences. While the damaged 109 misses on its attack run and breaks off, the 110 goes on a tear and puts two shells into Nellie. One is a superficial hit to the bomb bay, but the other one is a direct hit to the Norden bomb sight in the nose.

The 110 comes in again at 12:00, emerges unscathed through the crew's defensive fire, and this time puts two more shells into Nellie – one into each wing. Luckily the hits are ineffective.

On the Me 110's third pass, Mst. Sgt. Barber in the top turret puts a few rounds into the enemy fighter, and the pilot breaks off his attack. 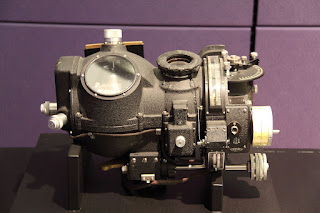 We Didn't Even Make it to France

Warren's voice replies: "It's no good Cap. That 110 took out the bomb sight. There's no way we can put our load on the target now."

Edwards drops out of formation, turns around over the channel and starts back to England.

Evans looks over at Daniels in the waist of the plane. "Hell, man, we didn't even make it to France."

Nellie heads back to 8th Air Force's base. On approach, the weather turns foul. The poor conditions make the landing trickier than normal, but Edwards brings Naughty Nellie down safe and sound. The crew steps off disappointed but unscathed. One mission down, only twenty-four to go.

Email ThisBlogThis!Share to TwitterShare to FacebookShare to Pinterest
Labels: Avalon Hill, B-17