I've been toying with a couple of ideas lately. One thing I'd like to try, in addition to running the West Kingdom PbB game, is to do some sort of online one-shots, and/or, eventually a "come-and-go-as-you-please" megadungeon – i.e., anyone who wants to drops in and plays that session; the party returns to town at the end of the session so there are no continuity issues.

I'd probably do this on roll20 or something. I'm not sure when I'd start doing this, but it's what's going on in my head, maybe a plan for the coming summer. Probably doing one-shots to start.

Thinking long-term though, about the possibility of a "come-and-go" megadungeon, I've been pondering how I might justify a megadungeon existing in relative proximity to a town. If such a threatening, and financially rewarding, target is so close to civilization, why hasn't some king tried taking an army of thousands of men to secure it and claim it and its treasures for the kingdom; and failing that, why haven't at least the most accessible (upper) levels not been thoroughly plundered by other adventurers before the PCs even get there?

I'm thinking I can justify a megadungeon near town by framing it a certain way.

First, there is no strong government in the campaign area. The dungeon is located near a comparatively isolated city-state without the resources to secure the dungeon and its loot. Second, access to and from the dungeon has been blocked off for centuries, so no one and no thing has been able to get into or out of it. It hasn't been a threat until now, and its treasures have remained relatively unspoiled.

My first few ideas are these:

1. The town is situated in a mountain valley. A recent massive landslide broke a huge chunk of glacier away, high above the town, revealing several previously blocked off gateways into an ancient underground citadel that no one knew was there. 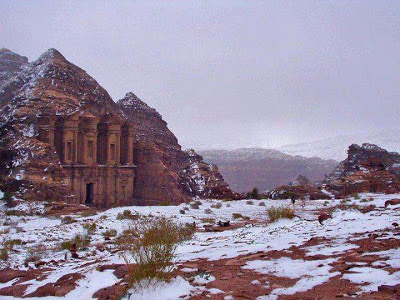 2. Some long-forgotten evil was magically trapped within its own fortress a thousand years ago. History does not remember the nature of the evil presence, or who the powerful mage was that put up the enclosing barrier. However, all magic fades, and the barrier has recently fallen.

3. A pair of rune-carved pillars in the woods near the city have stood for centuries. However, recently, a portal of energy has appeared between them, and no one knows why. The portal leads to a matching pair of pillars amid the ruins of an old castle, situated on a barren, rocky plateau with desert extending to the horizon in all directions. 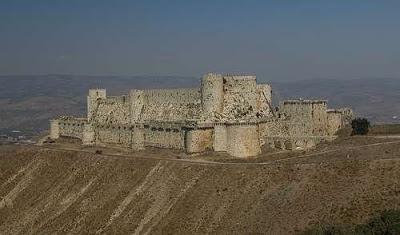 4. Centuries ago, an evil wizard and his armies were defeated in a great war. Defending his tower to the last, the evil mage uttered one last armageddon spell that ruined his tower and killed everything within a mile radius. For hundreds of years, the blast area has remained barren, and entering meant instant death from the lingering spell fallout. But now the spell effects have finally dissipated, life is returning to the blast zone, and monsters have started crawling up from beneath the tower once more.

5. The town is located on the sea, or the shore of a great lake. In the midst of a storm one night, the ground shook, and an island thrust upward out of the water, covered with the ruins of an ancient city, as if the sea gods were giving back Atlantis. 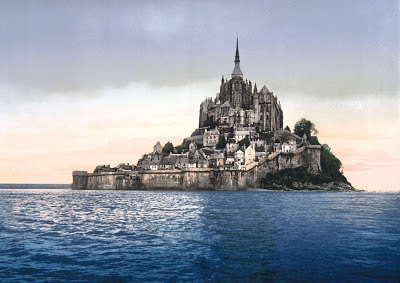