A long overdue White Star report from the game I'm running for my wife. We play very casually, typically one hour or so per session whenever the mood hits us, very much in a spur-of-the-moment "pick-up" game kind of way – "Hey, what are you doing now?" "Nothing." "Wanna play?") So this report really covers something like four one-hour sessions, played over the last two months.

Adventure Background: Cielle is pursuing the fugitive criminal Max Gallow, and she starts the game with his rap sheet.

At game start, Cielle is entering the Gallia 47 system, where the three planets with Max's known contacts are located. 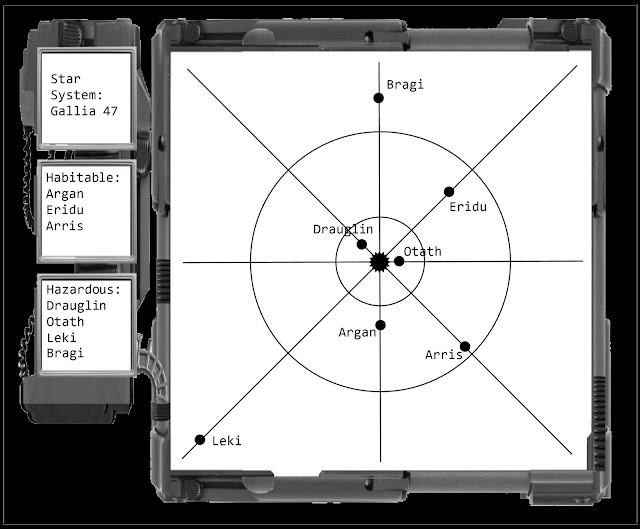 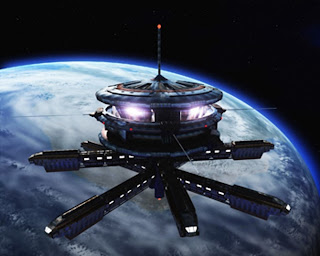 Since she's orbiting the planet anyway, Cielle flies down to Argan, site of one of Max's known contacts. After a brief scuffle with a thug in the spaceport, she meets station security who direct her to the Plasma Lights Casino. 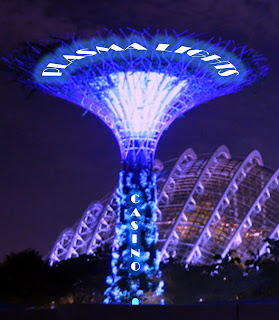 At the casino, Cielle tries to sneak her way up to Riff Lorton's office to ask the casino/gang boss about Max. The elevator is guarded by security so Cielle finds a back stairway, which she takes up a couple floors. Then she gets onto the elevator there, but unfortunately the elevator asks for a security code. She doesn't know the code, so she blasts the panel with her laser pistol. Sensing the damage, the elevator by default slowly returns to the ground floor. The doors open, and Cielle finds herself face-to-face with casino security.

So Cielle gets caught by casino security; but on the other hand, the guards take her up to the boss' office – which is where she wanted to go anyway. Interrogation begins, and Cielle immediately explains to Riff Lorton that she's looking for Max Gallow. This changes the tone of the conversation. Riff hasn't seen Max in years. Max abandoned the gang – which is something you just don't do. Riff rambles on about how when you're a Jet, you're a Jet all the way, or some such nonsense. He proposes to Cielle that if she catches Max, she should turn Max in to him and the Plasma Jets, and not to the authorities of the Blackrazor corporation. Riff will double their bounty if she does. She agrees – though mostly, I suspect, just to get out of Riff's office in one piece.

Cielle heads on to her next lead, Lydia Lamarck, Max's former girlfriend, now a nun in the Convent of the Prophets in the Spire Mountains of the planet Eridu.

Orbital scans reveal the planet is rugged and deserted except for a small mining outpost, and the monastery high up in the mountains. The only viable landing space anywhere near the monastery is three miles away, at the base of the monastery's mountain. 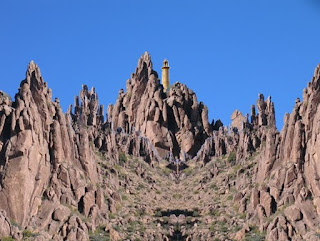 Cielle begins the long hike up the mountain. About half way up, she is set upon by a swarm of very large (one-meter-long) beetle-like creatures. The skitters rush down the montain side toward what they hope will be their next meal. Cielle, Duncan and Axel start blasting away (lots of 1's on the "to hit" rolls, followed by much cursing and exasperation). Eventually Cielle spots the alpha skitter and blasts it into a shower of green goo and exoskeleton bits. With that the other skitters take flight. 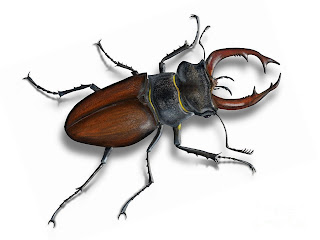 Wounds are patched with a med-kit, and the trek up the mountain resumes.

The narrow path begins to wind around the spire of the mountain like the threads of a screw. About a half mile from the monastery, a huge chunk of the path has collapsed leaving a gap.  There's a pile of planks on the opposite side that the sisters of the convent obviously use for crossing. Cielle makes a lasso from her rope and snags a sturdy outcropping of rock over the gap. She "tarzans" her way across, then pushes the planks over the gap for Duncan and Axel to follow her.

From there Cielle and company finish their trek to the convent door.   (To be continued...)


Hopefully we'll get to play a bit more next week (it's spring break!).
And soon I'll be posting a play report from last night's OD&D game with +Tim Shorts as well.